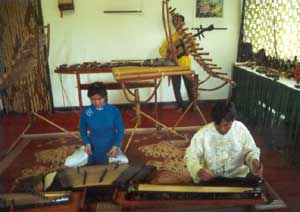 After 250 years of ongoing conflict with different oppressors, and the dramatic years of the Viet Nam War, a change has begun to spread through the Nation of Viet Nam.

The streets that once bustled with cyclo’s, bikes and Vietnamese in every style of traditional dress, have found a new vibrancy as the country opens up to global exposure. Trade, tourism and a new optimism are visible on every corner, from the frantic pace of Ho Chi Minh City (old Saigon) to the more conservative lifestyle in and around the Northern capitol Hanoi, with its heavily influenced old French architecture.

Tourists abound. Motorbikes and tourists are jamming the streets. Foreign investment is more obvious and widespread. Unique and spectacular locations are providing a huge tourism surge. Prices are still low, and bargains abound. But the needs remain. Poverty and poor quality of life are still a shadow that hovers over millions, even amid the pockets of enterprise.

The Government is beginning to address many of the needs, especially with children and the poor. But it is a huge battle. The legacy of Agent Orange lingers as the chemical residue infiltrates the water tables. Lack of medical facilities in remote regions and the poor equipping of many hospitals and clinics, is still a major hindrance to preventing the number of infant deaths, or dealing with medical conditions that would not create such problems in developed countries.

The social structure is also changing significantly, as Western ways touch many. Dress, telecommunications, transport and travel have all undertaken a different perspective to many Vietnamese. In many areas of Viet Nam, water buffalo work alongside mechanical machines. Modern motor scooters pass old steel carts; mobile phone shops are side by side with traditional noodle shops. But the common ideals and attitudes remain. Friendliness, generosity, hard work and a hope for the future are as strong as they have always been through successive generations. Viet Nam is still a ‘special place’.